It was twice the size of Warsaw or roughly the size of Rome or Manhattan. The Conger shelf glacier had been unstable for some time and eventually collapsed in mid-March. This marked the first such event ever observed in the eastern part of Antarctica. What is more, it happened during - by the region's standards - record high temperatures. Many factors indicate that climate warming may be the cause. For this reason, we must remind ourselves that, wherever we are, we all influence the melting of glaciers.

Glaciers had been slowly shrinking in recent decades after existing for thousands of years. The collapse of about 1,200 sq m of the ice shelf occurred between 14 and 16 March, resulting in the formation of two icebergs. Scientists at Woods Hole Oceanographic Institution reported the event and showed satellite images. 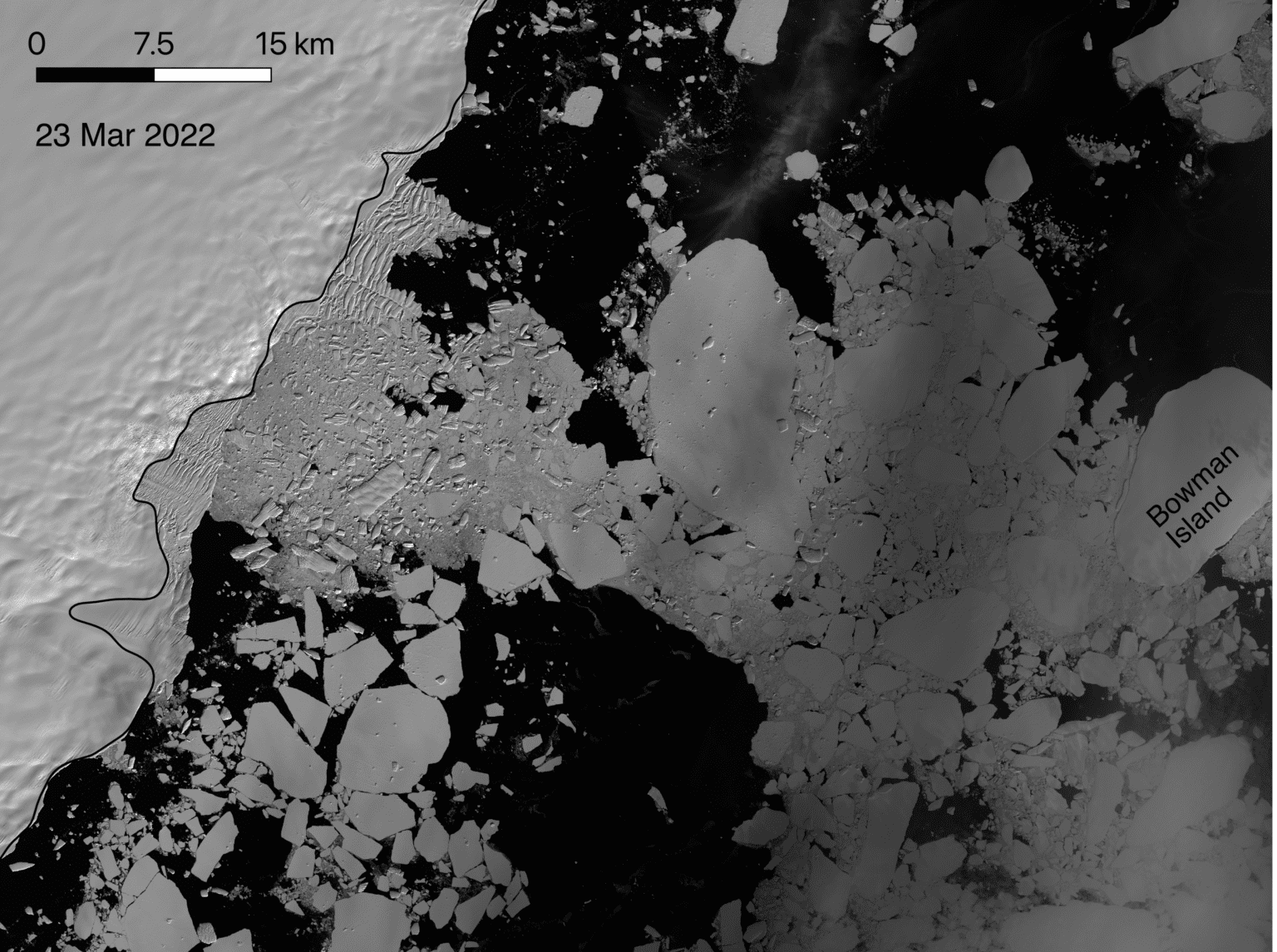 Catherine Walker, a glaciologist at the Woods Hole Institute, said that the glacier collapse in eastern Antarctica surprised scientists. This region is the highest, coldest and driest in the world. Until now, it was also considered the most stable.

– Although the Conger ice shelf was relatively small, the collapse represents one of the most significant collapses anywhere in Antarctica since the early 2000s when the Larsen B ice shelf broke up. It is a sign of things to come, reports Catherine Walker in a press release issued by the Woods Hole Institute.

Scientists continue to investigate in detail what contributed to the glacier’s collapse. Nothing indicates that the glacier’s calving was natural because recent conditions in East Antarctica have been too far from average. The days preceding Conger’s breakup saw exceptionally high temperatures – more than 40°C higher than seasonal norms. We now know this resulted from an atmospheric river (a heat flow of air carrying a significant amount of water vapour, which trapped heat over the continent).

Atmospheric rivers are a natural phenomenon, but their presence at the poles is becoming more frequent. Professor Andrew Mackintosh of Monash University unequivocally stated that “this weather phenomenon is an example of the atmospheric warming up over ice shelves.”

Melting of glaciers occurs in different parts of the world.

Ice shelves are ice masses attached to land but already floating on water. They have an important role in nature. What they do is similar to a traffic jam. They block the path of potential land glaciers flowing into the sea, thus protecting them from warmer water. The plug stops working when the shelf falls off. According to estimates, if all West Antarctic ice slid into the ocean, global sea levels would rise by 48 metres.

Last year Antarctica’s sea ice extent was described as below average. Over at the other pole, things are warm too… The 2021 Arctic sea ice extent marked the ninth smallest annual average sea ice extent in the 1979-2021 record. Globally, last year was determined to be the fifth warmest year ever measured.

Lucky for us, the glaciers close to Conger are not classified as large. Definitely not compared to the 120 kilometre-long Thwaites Glacier in West Antarctica, where a landslide could raise global water levels by 65 centimetres. Therefore, the East Antarctic events should be a signal for decisive action to protect the climate and mitigate global warming.

The melting of glaciers can be slowed down.

Antarctica appears to be very distant, but its problems are not solely the concern of local communities. This is partly because there are no indigenous peoples in Antarctica, but above all, because global warming is a transnational issue.

The way we treat the environment locally affects everything, including the poles. By working together, we can all contribute to slowing the global temperature rise by up to 1.5°C (compared to pre-industrial levels). This will require a reduction in greenhouse gas emissions. We face choices every day that make this possible. For example, choosing to cycle to work or school instead of driving, buying local produce, not wasting food, and saving electricity and water are just the first steps.

If you want to know more ways to reduce CO2 emissions in your everyday life, follow TerGo’s blog. You’ll find practical, life-affirming eco-tips there. And don’t miss the launch of TerBit, a special tool to make climate-friendly choices pay off.