Our common goal for a carbon neutral future

How TerGo – and the rest of the world – can help

Three main things must be addressed to adequately get us there: carbon reductions at the source, carbon offsetting and insetting, and proper calculation of emissions that need to be removed.

It has become abundantly clear, without a shadow of a doubt, that rising CO2 emissions are problematic for the climate as it currently exists. More CO2 not only leads to increased temperatures, due to the greenhouse effect (hence the term “greenhouse gas”), but it also creates shifts in other climate-related areas. Droughts and desertification are increasing; so are severe rainstorms and flooding. Polar ice caps are melting, but winter temperatures in many places are actually getting colder. This is not contradictory – it is what happens when the amount of atmospheric CO2 increases more over the past few decades than over the previous 10,000 years.

Carbon dioxide is not something evil: Without CO2 in the atmosphere, global average temperatures would be below freezing instead of around 18 degrees Celsius. It is a much-needed component of the atmosphere to sustain life as we know it. The problem is with the rate of increase; current CO2 levels are higher than they have ever been at any point in human history. And while climate models cannot agree on exactly how bad things will get if we keep going down the path of sustained carbon emissions, they all do agree on the fact that changes will be forthcoming – and they will not be pleasant for people, wildlife, and most living things on the planet.

There is good news, though. While it might seem that there is nothing but doom and gloom on the horizon, we have the power to influence our future. By ceasing to emit carbon from here on out, right now, we would avoid most of the worst that would likely result from a changing climate. Warming would still increase from the more than 400 parts per million (ppm) of CO2 that currently sits in the atmosphere, up from a little under 300 ppm at the beginning of the previous century. Cutting all emissions tomorrow is impossible especially if the current standard of living or quality of life is desired. If we were to take a little bit more time, however, we would still be able to avoid most of the worst that climate change could bring – and we would have a shot at getting emissions to net-zero and reaching carbon neutral status. Three main things must be addressed to adequately get us there: carbon reductions at the source, carbon offsetting and insetting, and proper calculation of emissions that need to be removed, with an emphasis on including Scope 3 emissions. If these can be properly understood and implemented by all companies and governments around the world, it just might make it possible to become a carbon neutral society.

Carbon reductions at the source

Reducing carbon emissions from areas that are under organizational control are straightforward, if not always easy. If a company runs on coal power, switching to any form of renewable energy instantly negates all the emissions associated with energy usage. Switching to electric vehicles negates emissions from internal combustion engines, as does switching from energy-intensive to energy-efficient machinery. Reducing CO2 in this way is critical because it is impossible, at least currently, to avoid all emissions. This means that offsets will need to be utilized to negate the unavoidable carbon that is released from these activities.

For individuals that do their best to reduce their carbon-emitting habits, offsets are probably the best way to reduce the excess carbon that cannot be avoided in everyday modern life. For businesses, on the other hand, there is a sustainable supply chain management strategy that can reduce emissions without relying on others to make up your carbon overshoot.

This is called carbon insetting.

Unlike carbon offsets, where companies simply pay for projects to capture CO2 somewhere else, carbon insets are when companies invest in sustainable practices inside their own supply or value chains to reduce emissions from within.  This way, emissions are avoided, captured, or at least reduced either upstream or downstream from the company’s main products or services.

Carbon insets are advantageous for several reasons: they sequester carbon, promote climate resilience, protect biodiversity, and restore ecosystems, usually in the form of afforestation (planting new forests), reforestation (restoring previously forested areas), or forest preservation. This is great for indirect emissions from employees and supply chain activities, which are notoriously difficult to track and offset. Companies also gain the knowledge that their carbon avoidance and sequestration will be reliable, as they directly participate in the sustainable practices that deliver insets for their business.

Carbon inset projects provide a much more holistic approach than offsets because they take into account more than just carbon sequestration or avoidance elsewhere – they support entire ecosystems, as well as the communities involved in creating the insetting projects. Some carbon offset projects also do this, but, unlike with insetting, it is not the norm. For a carbon neutral future, it is important to utilize both offsets and insets, with as much focus on holistic solutions as possible.

Proper calculation of emissions that need to be removed

No carbon reduction plan and carbon offset scheme can be done correctly without proper, accurate emissions calculations. It is impossible to know if you have reached carbon neutral without knowing the amount of carbon that you are responsible for emitting – even aiming to go carbon negative cannot happen without first establishing the baseline CO2 level to go below.

When it comes to calculating emissions for organizations, there are three main types, known as Scopes:

Scope 1 includes all direct emissions from organizational activities. These are directly under the organization’s control, such as fuel use on site for equipment, fleet vehicles, and air-conditioning.

Scope 2 includes indirect emissions specifically from electricity purchased and used by the organization.

Scope 3 includes all other indirect emissions from organizational activities. These occur from sources that the organization does not own or control, such as GHGs from business travel, waste, water, employee commuting, and more.

Though it may seem that Scope 1 and 2 would make up the largest share of organizational emissions, Scope 3 usually accounts for the greatest share of most companies’ carbon footprint – as well as the least measured and reported. It is typically quite straightforward to calculate direct emissions and indirect electricity emissions, but calculating all the emissions associated with the areas of business that are not under direct control – from employee energy usage all the way through entire supply chains – is much more difficult. Some companies do not even realize that Scope 3 emissions are a part of their carbon footprint, let alone that they are responsible for mitigating them.

Including and offsetting Scope 3 emissions is essential for becoming carbon neutral. Since these emissions are out of any organization’s direct control, it is necessary to offset them or, if possible, use insetting to mitigate them in a way that is more holistic and more beneficial overall. TerGo is spearheading the ability for companies to implement insetting projects all over the world, helping them reach their carbon neutral goals while contributing even further to sustainable development and the UN SDGs. TerGo also works with companies to properly calculate and report emissions, including Scope 3 emissions – and for those companies that are able to reduce and offset the equivalent amount of CO2 that they emit, also prepares carbon neutral reports. You can view TerGo itself is a carbon neutral company, and you can view the inaugural TerGo Carbon Neutral Report here: LINK. 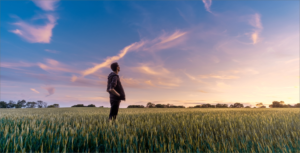 The world is intertwined with carbon in a way that can never be broken – it is, after all, the basic element that is the basis for all life. Carbon dioxide is needed for tree growth and for keeping our planet hospitable, but too much of a good thing can often be bad. Carbon is a good thing; the rate at which we are injecting it into the atmosphere is not. TerGo has a mission to work with as many companies, organizations, and individuals as possible to recognize where emissions are coming from, eliminate the ones that can be eliminated, and offset the ones that cannot.

We can live in balance with the planet – it just takes a cohesive plan and a lot of effort.

carbon neutral co2 emissions Insetting scope 1 emissions scope 2 emissions scope 3 emissions sustainability
We use cookies on our website to give you the most relevant experience by remembering your preferences and repeat visits. By clicking “Accept”, you consent to the use of ALL the cookies.
Do not sell my personal information.
Cookie SettingsAccept
Manage consent

This website uses cookies to improve your experience while you navigate through the website. Out of these, the cookies that are categorized as necessary are stored on your browser as they are essential for the working of basic functionalities of the website. We also use third-party cookies that help us analyze and understand how you use this website. These cookies will be stored in your browser only with your consent. You also have the option to opt-out of these cookies. But opting out of some of these cookies may affect your browsing experience.
Necessary Always Enabled
Necessary cookies are absolutely essential for the website to function properly. These cookies ensure basic functionalities and security features of the website, anonymously.
Functional
Functional cookies help to perform certain functionalities like sharing the content of the website on social media platforms, collect feedbacks, and other third-party features.
Performance
Performance cookies are used to understand and analyze the key performance indexes of the website which helps in delivering a better user experience for the visitors.
Analytics
Analytical cookies are used to understand how visitors interact with the website. These cookies help provide information on metrics the number of visitors, bounce rate, traffic source, etc.
Advertisement
Advertisement cookies are used to provide visitors with relevant ads and marketing campaigns. These cookies track visitors across websites and collect information to provide customized ads.
Others
Other uncategorized cookies are those that are being analyzed and have not been classified into a category as yet.
SAVE & ACCEPT