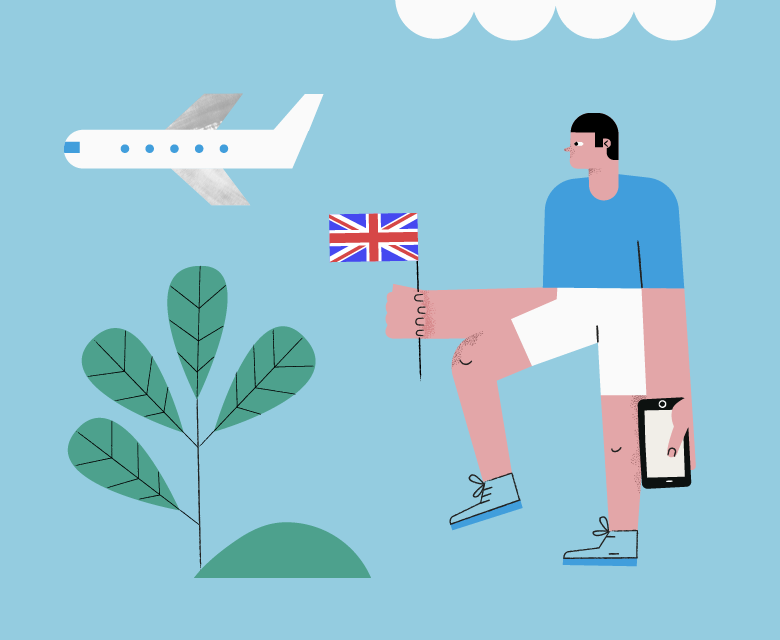 The United Kingdom (UK) is a sovereign country in north-western Europe, off the north-western coast of the European mainland. It’s is the fifth-largest economy in the world and the second-largest in Europe after Germany inevitably entails an increasing level of CO2 emissions in the UK. This article describes the level of CO2 emissions in the UK in detail and elaborates on various factors determining it.

The UK consists of four countries: England, Scotland, Wales, and Northern Ireland Other than England, the constituent countries have their own devolved governments, each with varying powers. The total area of the United Kingdom is 242,500 square kilometres (93,628 sq.mi), and the total population of the UK is 67.886 Ma as 2020 estimates, and the total density is 271 person/km² (701 person/sq.mile). The capital and largest city are London, a global city and financial centre with an urban area population of 10.3 million. The United Kingdom has the world’s fifth-largest economy by nominal gross domestic product (GDP), and the tenth-largest by purchasing power parity (PPP). The UK became the world’s first industrialized country. it was a member state of the European Union (EU), from its accession in 1973 until its withdrawal in 2020 following a referendum held in 2016.

CO2 emissions in the United Kingdom per capita

How much GHG does an average person in the UK emit? This number is not only the sum of emissions from individual commuting, shopping, or energy use. In terms of calculating the average emissions of a citizen, first, we need to calculate the total emissions of a country (including the entire industry, transport, and production) and divide this figure by the number of its inhabitants.

An average English person emits about 15 kg CO2 into the atmosphere daily. Annual CO2 emissions in the UK per capita sum up to about 5.4 tonnes, UK still needs to work harder on reducing.

What constitutes our CO2 emissions? There are many factors, the most important of which are industry, transport, and energy production. The average English person is aware of the fact that humanity has to take action if we want to protect our climate: most English citizens admit that the situation on Earth is serious and requires immediate action. However, to the same question, few English citizens answered that they are not sure about the human impact on climate change – we hope that this article will at least slightly change the point of view of the latter part of respondents.

The rail network in the UK is the oldest such network in the world. The system consists of five high-speed main lines (the West Coast, East Coast, Midland, Great Western, and Great Eastern), which radiate from London to the rest of the country, augmented by regional rail lines and dense commuter networks within the major cities.

Road transport and Cycling in the UK

As many as 6% of English persons own a bicycle and ride their bikes at least once a week or more (about 2-3 million people.  Is cycling completely CO2-free? Unfortunately, not. A bicycle doesn’t run on petrol, but we do need to provide our bodies with calories to get it moving. Food, its packaging, transportation, and refrigeration – all of these, unfortunately, leave a carbon footprint. Additionally, the production of a bicycle also leaves a carbon footprint. Nonetheless, the bicycle remains the greenest (and healthiest!) mode of transportation mankind has yet invented. How much CO2 do we save by cycling? Over a distance of 10 km compared to a car ride it is already about 2.6 kg CO2! Just imagine how huge a cloud of gas should become to be that heavy! Visualizing it helps realize how huge the real savings are.

Energy sources in the UK

Renewable energy sources in the UK

Industry in the UK

The UK is the fifth-largest economy in the world and the second-largest in Europe after Germany. The UK service sector makes up around 79% of GDP. London is one of the world’s largest financial centers, ranking 2nd in the world, behind New York City, in the Global Financial Centers Index in 2020. also has the largest city GDP in Europe. Manufacturing is a significant part of the economy and accounted for 16.7% of national output, automotive industry represents 11.8% of the UK’s total export goods and is the major center for engine manufacturing in the world. The aerospace industry of the UK is the second- or third-largest national aerospace industry in the world, Engines, and wings for the Airbus A380 are manufactured in the UK.

Coronavirus (COVID-19) pandemic showed that we can affect the climate change issue by changing some of our behaviours, in 2020 the coronavirus (COVID-19) pandemic and the resulting restrictions brought in across the UK had a major impact on various aspects of society and the economy and this has had a significant impact on greenhouse gas emissions in the UK over this period. greenhouse gas emissions in the UK are provisionally estimated to have fallen by 8.9% to 414.1 million tonnes carbon dioxide equivalent (MtCO2e) in 2020 from 2019, this large fall in 2020 is primarily due to the large reduction in the use of road transport during the nationwide lockdowns and the reduction in business activity.

The average co2 emissions per capita in the UK was about 5.398 tons co2e in 2018, meaning that every UK citizen has an opportunity to contribute to reducing the climate change impacts by changing some habits which impact on increasing the co2 emissions. the average electricity consumption per capita was about 4496 kwh/year in the UK, the UK citizen can reduce his emissions by about 1.14 tons co2e by reducing the electricity consumption by 50% or using a renewable source of electricity. in the UK, the bus is the most popular form of public transport, so if the individual takes a decision to take a bus instead of riding his vehicle, he will reduce his daily emissions. some minor changes can result in a huge effect.