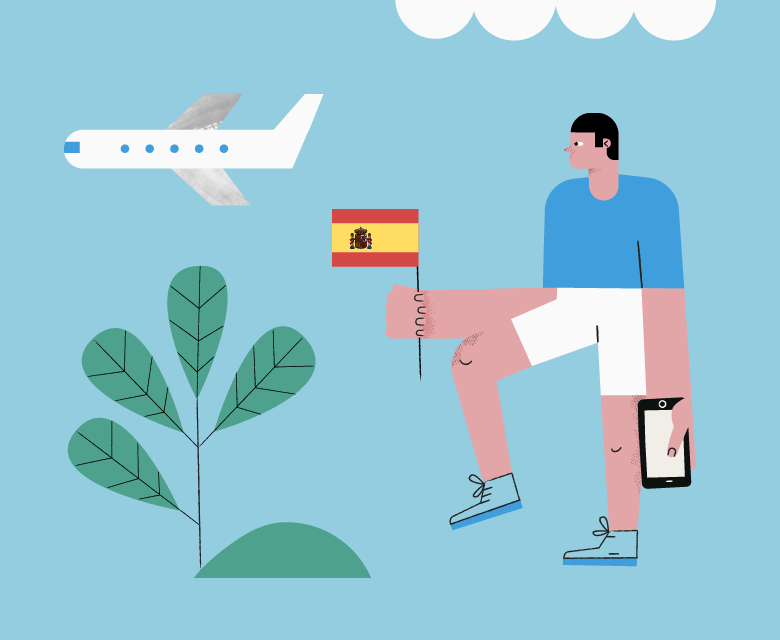 CO2 emissions in Spain per capita

How much GHG does an average person in Spain emit? This number is not only the sum of emissions from individual commuting, shopping, or energy use. In terms of calculating the average emissions of a citizen, first, we need to calculate the total emissions of a country (including the entire industry, transport, and production) and divide this figure by the number of its inhabitants.

An average Spain person emits about 15.12 kg CO2 into the atmosphere daily. Annual CO2 emissions in Spain per capita sum up to about 5.52 tonnes, Spain still needs to work harder on reducing.

What constitutes our CO2 emissions? There are many factors, the most important of which are industry, transport, and energy production. The average Spain person is aware of the fact that humanity has to take action if we want to protect our climate: most Spain citizens admit that the situation on Earth is serious and requires immediate action. However, to the same question, few Spain citizens answered that they are not sure about the human impact on climate change – we hope that this article will at least slightly change the point of view of the latter part of respondents.

Spain has a widespread transportation network that covers the entire country. With such an excellent transportation network, Spain has become a great place for tourists visiting  Europe. Spain’s transit and transportation system are convenient, comfortable, and cost-effective.  the public rail and bus system is extremely efficient and covers a lot of areas. Bus transportation in Spain is quite efficient and reliable. The buses are almost always on time. The railroad system in Spain includes metro and fast speed trains and a widespread tram network. These days trams are one of the cheapest ways to travel around major cities in Spain. The government is currently working on expanding the tram network. when the comparison between three major modes of land transportation in Spain, the bus is the cheapest way to travel around Spain while trains offer the most convenience and comfortability.

Road transport and Cycling in Spain

Cycling is a mode of transport in Spain with 20% of the people listing the bicycle as their mode of transport, though some Spanish cities as Valencia, Vitoria, and Zaragoza well exceed that with 45%.

In 2010 Spain became the solar power world leader when it overtook the United States with a massive power station plant called La Florida, near Alvarado, Badajoz. Spain is also Europe’s main producer of wind energy. In 2010 its wind turbines generated 42,976 GWh, which accounted for 16.4% of all electrical energy produced in Spain, and reached an instantaneous historic peak covering 53% of mainland electricity demand and generating an amount of energy that is equivalent to that of 14 nuclear reactors. By the end of 2020, 82.42% of the country’s electrical production was from fossil fuels, coal (2.55%) and fuel Oil power plants (40.14%) Natural Gas (25.72%), and Nuclear (14%), while 2.4% were derived from hydroelectric dams, 7.84% by wind and solar energy, and 7.32% biofuels.

The automotive industry is one of the largest employers in the country. In 2015 Spain was the 8th largest automobile producer country in the world and the 2nd largest car manufacturer in Europe after Germany. By 2016, the automotive industry was generating 8.7 percent of Spain’s gross domestic product, employing about nine percent of the manufacturing industry. In 2017, Spain was the second most visited country in the world, recording 82 million tourists which marked the fifth consecutive year of record-beating numbers. Spain’s geographic location, popular coastlines, diverse landscapes, historical legacy, vibrant culture, and excellent infrastructure has made the country’s international tourist industry among the largest in the world.

The average co2 emissions per capita in Spain was about 5.52 tons co2e in 2018, meaning that every Spain citizen has an opportunity to contribute to reducing the climate change impacts by changing some habits which impact on increasing the co2 emissions. the average electricity consumption per capita was about 5131 kwh/year in Spain, Spain citizens can reduce their emissions by about 0.879 tons co2e by reducing the electricity consumption by 50% or using a renewable source of electricity. In Spain, buses, trains are the most popular form of transport, So if the individual takes a decision to still take a bus instead of riding his vehicle, he will reduce his daily emissions. some minor changes can result in a huge effect.