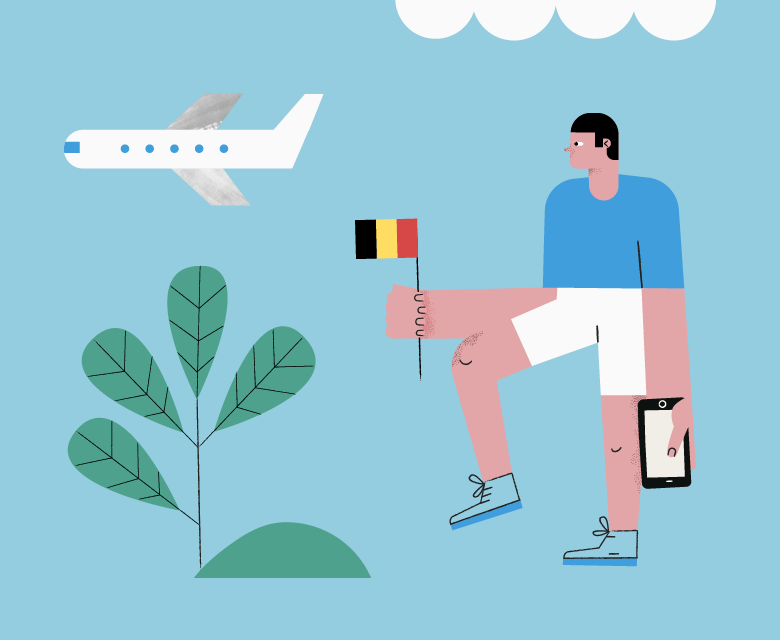 Belgium is a European Union country and located in Western Europe. The Belgian economy is heavily service-oriented. Belgium strongly supports an open economy and the extension of the powers of EU institutions to integrate member economies. Belgium was one of the three most industrialized nations in the world from 1830 to 1910  due to the rapidly developed mining and steelmaking. It is the first continental European country to undergo the Industrial Revolution, in the early 19th century inevitably entails an increasing level of CO2 emissions in Belgium. This article describes the level of CO2 emissions in Belgium in detail and elaborates on various factors determining it.

CO2 emissions in Belgium per capita

How much GHG does an average person in Belgium emit? This number is not only the sum of emissions from individual commuting, shopping, or energy use. In terms of calculating the average emissions of a citizen, first, we need to calculate the total emissions of a country (including the entire industry, transport, and production) and divide this figure by the number of its inhabitants.

An average Belgium person emits about 22.4 kg CO2 into the atmosphere daily. Annual CO2 emissions in Belgium per capita sum up to about 8.179 tonnes, Belgium still needs to work harder on reducing.

What constitutes our CO2 emissions? There are many factors, the most important of which are industry, transport, and energy production. The average Belgium person is aware of the fact that humanity has to take action if we want to protect our climate: most Belgium citizens admit that the situation on Earth is serious and requires immediate action. However, to the same question, few Belgium citizens answered that they are not sure about the human impact on climate change – we hope that this article will at least slightly change the point of view of the latter part of respondents.

Belgium experiences some of the most congested traffic in Europe. In 2010, commuters to the cities of Brussels and Antwerp spent respectively 65 and 64 hours a year in traffic jams. Like in most small European countries, more than 80% of the airways traffic is handled by a single airport, the Brussels Airport. The ports of Antwerp and Zeebrugge (Bruges) share more than 80% of Belgian maritime traffic, Antwerp being the second largest European harbor[vi]. In 2016, the port of Antwerp handled 214 million tons after a year-on-year growth of 2.7%.

Road transport and Cycling in Belgium

Cycling has always been one of Belgium’s most popular sports, and one in which it has been a superpower. As many as 48% of the Belgian population use bicycles.

The manufacturing sector accounts for about 1/6 of the GDP. Manufacturing is the major economic activity in the provinces of East Flanders, Limburg, and Hainaut. The corridor between Antwerp and Brussels also has emerged as a major manufacturing zone, eclipsing the older industrial concentration in the Sambre-Meuse valley. Metallurgy, steel, textiles, chemicals, glass, paper, and food processing are the dominant industries in Belgium. Belgium is one of the world’s leading processors of cobalt, radium, copper, zinc, and lead. Refineries, located principally in the Antwerp area, process crude petroleum.

The average co2 emissions per capita in Belgium was about 8.179 tons co2e in 2018, meaning that every Belgian citizen has an opportunity to contribute to reducing the climate change impacts by changing some habits which impact on increasing the co2 emissions. the average electricity consumption per capita was about 7145 kwh/year in Belgium, Belgian citizens can reduce their emissions by about 0.82 tons co2e by reducing the electricity consumption by 50% or using a renewable source of electricity. in Belgium, the bus is the most popular form of public transport, So if the individual takes a decision to take a bus instead of riding his vehicle, he will reduce his daily emissions. some minor changes can result in a huge effect.